Why the Mainstream Media’s Approach to Queer Reporting Must Change

My first reaction to the news that a man had been detained after attempting to put acid in a club’s lube dispenser was terror; it is a prime example of a blatant, vitriolic act of homophobic violence. Following this was the disgust as I observed the covering on the issue. Maybe I’m being over-sensitive, but something about it feels a little off. After all, why must the Daily Mail include in its coverage details about the ‘group showering rooms’ and cages? The headline itself reads “Inside the Sydney gay sex club where a man, 62, was charged with tipping hydrochloric acid into the lubricant dispenser”.

Now, consider: One of the fundamental rules of journalism is the consideration of who will be reading your work. Who does that sentence position as audience? Who might want to know the sordid details of what goes on ‘Inside the Sydney gay sex club?’ Not gay old me. I haven’t been inside one, but I’m pretty sure I have an idea of what goes on at a gay sex club. It is geared towards a heterosexual audience, and to me, has more than a whiff of voyeurism about it. It’s a bid for clicks from heterosexual people who think that the lives of queer people are fit fodder for gawking at and passing judgement on – hence the comments that, overlooking the thwarted violence, call the place disgusting. What the commenters do not understand is that – for most of recent history – it was illegal (and often lethal) for gay people to enjoy monogamous intimacies in a stable and public relationship.

Not that this kind of judgment is particularly new. In my research of queer history, I’m consistently taken aback by the powerful role of the media in condemning homosexuality. I’m talking about newspapers published almost a century ago reporting on acts carried on in parks and public bathrooms, often involving young men being arrested for ‘acts not fit for publication’. The media’s response to queer people has often been to condemn and enact violence upon them. An example is the recent apology from the Sydney Morning Herald, for publicly outing those involved in the 1978 Mardi Gras. What the Daily Mail’s reporting on the lube dispenser incident tells us is that this kind of harmful sensationalism continues today. 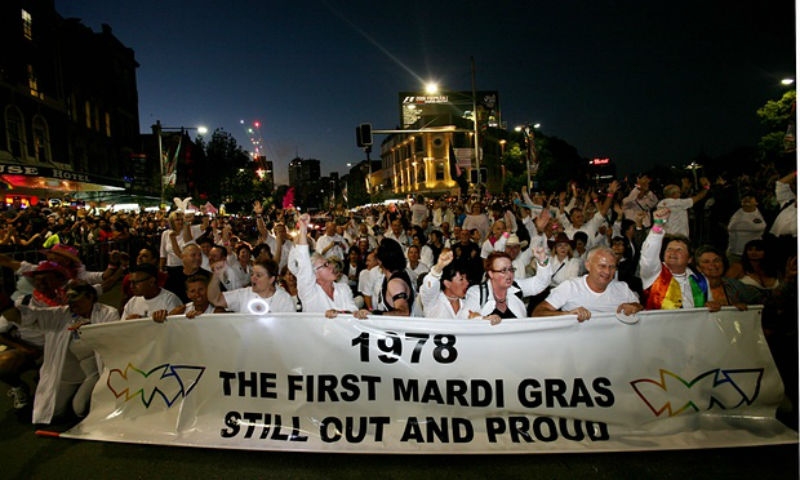 The media’s tendency to continue to treat queer goings-on as lascivious and dangerous to morality is incredibly pervasive. Back in the peak of the Safe Schools debate, a cartoon of a transwoman graced the cover of The Spectator, tearing down schools and universities with a hammer and sickle. “Attack of the transgender Marxists”, read the headline. I fail to see how anybody could interpret the caricature as anything but hateful, sensationalist garbage. Young people will see these papers and be forced to grapple with the implications of such reportage – that the plight of queer children is something that newspapers are turn into fuel for outrage. 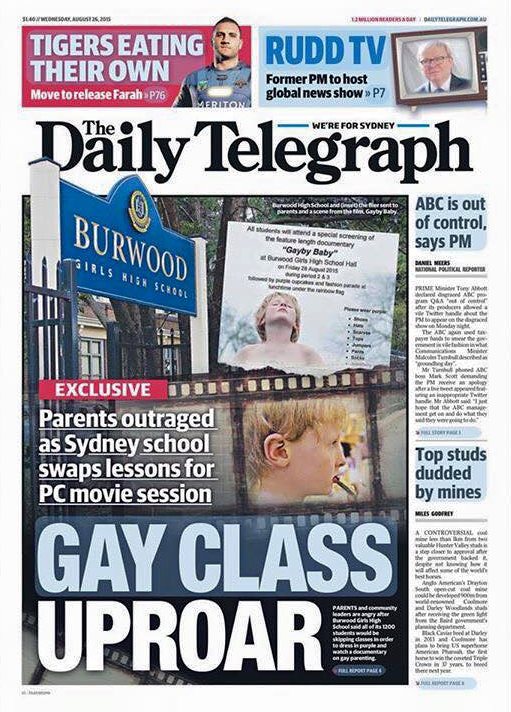 Australia’s media needs to step up its game. This is 2016, and it is generally agreed that the spaces of queer people do not exist as zoos for curious cisheterosexuals, despite the assumptions of journalists. This is a lesson harshly learned by a writer of The Daily Beast early in August, when he decided to write an article on his experiences baiting same-sex attracted men at the Olympic Village in Rio. Although he was British, the same arrogant assumptions are there, and therefore, so is the danger.