Words provided by Laura Graham, celebrated celebrant who is excited about catering for the LGBTQ+ community.

When I first decided I wanted to become a marriage celebrant, it was really just as a fun side gig to my nursing career. However, as I got into the course and starting learning about marriage, it became so much bigger than that, and its so important to me.

The thing is, I just love, love. In all its forms. Couples, families, friends, weddings are always just the best day. How often in your life do you get to celebrate you, and your partner, with all of your favourite humans, having a massive party? In life, I don’t think we say the nice things enough, and weddings are a day when your parents, family members and friends get up and praise you and your love. 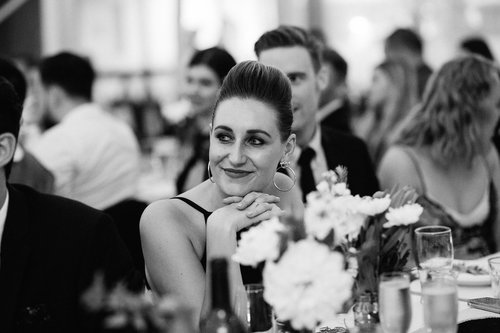 When I first called up and enquired about doing the course, I decided if I had to say “marriage according to law in Australia is the union of a man and a woman to the exclusion of all others” then it wasn’t for me. However, the lady I spoke to said by the time I finished, surely, we would have marriage equality and I wouldn’t have to say those awful words. Unfortunately, the government was six months and forever too late and I have had to do two weddings with the old Monitum. I had to practice it over and over until they were just words so I didn’t cry and my voice didn’t shake when I said it. Should I wait, I thought? I decided that just being openly gay and not being quiet about it was the best course of action. The more people saw LGBTIQ+ people out there, doing big things, the more yes’s we would get. And here we are, on the other side of the fight, war wounds fresh but still celebrating a win.

I just want to do fun, honest weddings with couples who are totally in love. I get that gooey feeling when I see people in love sharing a kiss or an intimate moment, and I’ll never get tired of seeing it. Suffice to say, I’m pretty damn excited to do my first LGBTIQ+ wedding and say the new Monitum, in all its inclusive glory.

“the union of two people to the exclusion of all others, voluntarily entered into for life”

Laura Graham is an authorised marriage celebrant with a focus on catering to the LGBTIQ+ community. Head to www.putaringonitwithlaura.com to hit her up and find out more.